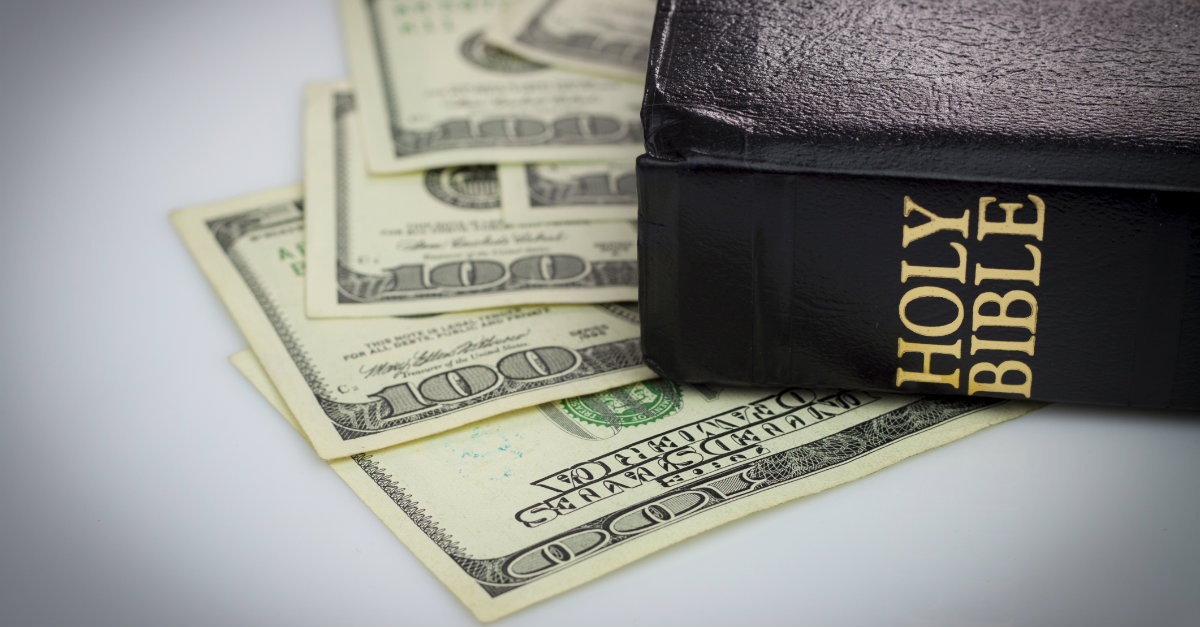 I worry about pastors who never talk to their people about stewardship. Whether they call it tithing or simply giving to the Lord, Scripture is saturated with teachings, admonitions, and instructions.

This is not an optional subject for the faithful pastor.

Our people are often overwhelmed by financial bondage. We owe it to the Lord and to them to teach Scriptural principles which will free them, will honor the Lord, will support God’s work throughout the world, and will result in Heavenly treasures for the givers.

When a pastor begins to plan a series of messages on money, here are two major considerations to keep in the forefront:

1.  God’s people are inundated by requests for money.

The appeals are relentless. We must not join the mob hitting them up for money.

There are several good causes which I was happy to support, but from which I have resigned chiefly for one reason: The organization or ministry interpreted my gift as an indication I would like to give a great deal more, a lot more, and would like to give  often.

Sending them a check resulted in my name being entered into their database, which I understand, and that resulted in my mailbox being inundated with pleas for more money. So, I opted out altogether.

The biggest benefit from being a charter member of the National World War Two Museum in New Orleans, I finally decided after a few years, is that it entitles you to be hit up for money again and again. It wasn’t enough that I sent in my $100/annually (or whatever it was) to keep my membership current. They wanted more, more, more! The pleas were relentless.

And when I found out that they were not interested in responding to my requests to allow me to volunteer for upcoming programs, that all they wanted was my money and for me to be quiet, I canceled my membership.

Now, when the periodic letters come from the Museum, I know what they are doing and the letters go unopened into File 13.

I hate it, but it’s a matter of survival.

I know the thinking behind this: A generation or two ago, I came across a motivational program directed toward  business owners on how to generate enormous sales. The instructor had doubled his sales without the expense of  outside advertising. What he had done, he taught in the program, was to realize that his present customers were also his  best prospects for new business.

So, instead of investing a fortune in outside advertising directed toward new customers, he simply reached out to his present customers informing them of new products and additional services.

It worked, and soon people who had been buying from him were now buying much more. He was getting rich.

So now that the word has spread on how to do that, everyone does it:

My college sends regular mailouts to alumni who are paying their annual dues to ask for more money.

The public radio and television stations are not satisfied with my pledge/gifts in their annual drive. They want more, more, more!

And so, here comes the church. “I know you’re giving faithfully week after week, but could you give to this mission offering, to this building fund, to send these children to camp, to appreciate the pastor?”

On and on and on.

Not everyone, thankfully, but many people  see our churches as always approaching them with their hands out, looking for a (ahem) handout.

Pastors need to be aware of this and not fall into the pattern.

However.  On the other hand…

2. When I give to the Lord’s church and to His workers, I honor Him.

When we give our offerings to our Lord, we lay up treasures in Heaven. As amazing as that sounds, that is precisely our Lord’s promise in Matthew 6.

Granted, I have no idea what that means precisely or how it will be fulfilled in Glory. But He said it, He ought to know, and I’m good with that.

Conversely, when I do not give to the Lord’s work and to His church, I dishonor Him.

I abandon those whom He has sent to do His work, and I deprive myself of a ton of personal blessings.

I’m personally convinced a lot of pastors are going to be in big trouble when they stand before the Lord for not teaching His people to be regular, generous givers to His work.

Be courageous, pastor. Teach your people to give.

Preach the Word. Hold classes/conferences taught by those with proven track records of faithfulness in giving.  Write books. Make available writings on this subject. Have testimonies and interviews in worship services.

But let no one accuse you of pressuring them to give.

They will anyway. You can make your sermons and presentations as kind and gracious and non-threatening and some who are loaded with guilt and eager to find cause to reject the church will criticize. Expect it and shrug it off.

Your leaders who have a fair amount of judgement will know you have done well and will stand by you.

But whether they will or won’t, be faithful to the Lord.

This content first appeared on Crosswalk.com and is used here with permission. To view the original visit: https://www.crosswalk.com/blogs/joe-mckeever/are-you-preaching-about-money-two-huge-considerations.html

He created us for fellowship. He desires praise and prayer. He's absolutely listening.