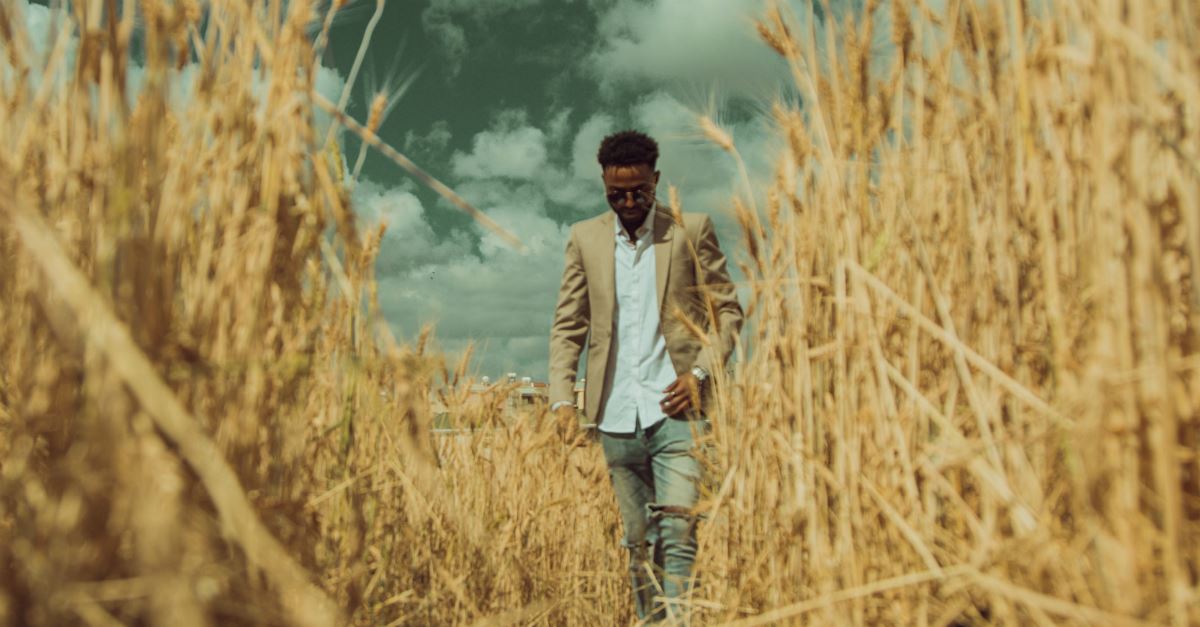 How special Peter must have felt, to have been singled out by the angel.

Have you ever wondered if you, too, are special to God?

What has God done that forever makes you know how special you are to Him?

Was it a healing? A close call with a near-accident? Something you read in Scripture? A sermon that perfectly fit your need of the moment? Your salvation?

What did He do?

Why do you feel so special to Him?

I have a friend who says she feels like God’s favorite child. There has to be a reason.

I’m asking you to search out that reason.

I was preaching a revival in East Fork Baptist Church, halfway between McComb and Liberty, Mississippi.

Fans of Jerry Clower will remember he talked of this church and the community often. Jerry Clower sat on the front row at every service. I stayed in his camp house that week.

The organist for the little church, Clyde Whittington, had only one arm. Clyde was a sweet-spirited, friendly fellow. One day when we were having lunch with Mr. and Mrs. Whittington, Jerry Clower said, “Clyde, you have to tell Brother Joe what happened to you.”

Clyde was only too ready to tell how he had lost that arm and why he would forever feel special to God.

One day, some years earlier, he had taken the tractor out to bale some hay. Normally, one person would have the dickens of a time working all the machinery, but Clyde figured he could handle it alone if he was careful.

Now, hay-balers come in all kinds of arrangements, but the kind Clyde was using was similar to what I’d grown up with on the Alabama farm. You pulled the baler up to the haystack and unhooked the tractor. You turned it around to face the baler, then connected a belt (think: conveyor belt) to the rotor on the tractor and the one on the baler. When engaged, this put the baler into action.

You then fed the hay into the opening, then moved back to let the descending arm push it downward and into the horizontal opening that was packing it into a bale. When enough hay had gone by, you then got low and tied off the bale with baling wire. As you fed more hay into the baler, it pushed the complete bale out the opening.

One person could do it, but it was a huge job.

At some point, I forget the details, Clyde slipped and his arm was caught in the baler and was chewed off above the elbow. He would have bled to death on the spot were it not for one thing.

The belt was still going around and around.  It literally cauterized his wound.

Clyde said, “Had someone come then and driven me to the hospital in McComb, I would have bled to death before we got there.”

Back at the house, his wife wondered why Clyde wasn’t coming home. Was he okay? She told me, “I figured he must be all right because  I could see the smoke from the tractor right over the hill there, so I knew where he was.”

It never occurred to her that the tractor remained stationary all this time and something must have been wrong.

So, Clyde was caught. He could not get loose from the baler, but the belt was cauterizing his wound.  It saved his life.

Several times during the hours he hung there, Clyde saw a man wearing white apparel standing nearby, he told me. He had no explanation other than it being the presence of the Lord.

“Ever since,” Clyde Whittington told me, “I have always felt special to my Lord.”

After a few hours, someone came to check on him. By then, the wound had stopped bleeding and he was taken to the hospital.

I love that story.

A couple years later, Clyde read in the newspaper about 12-year-old Mark Durrance of Golden Gate, Florida, who while a mile or more away from home was bitten by a rattlesnake. The poison was fast-acting and he was unable to walk. And yet, some time later, he showed up at his family’s front door to say, “I’ve been bit by a rattlesnake.”

In recovery, he told of a man in white who picked him up and carried him home.

Clyde Whittington was so touched, he and his wife drove to Florida to meet the boy and his family and to share his experience.

Forever, you feel special to God.

Do you feel special to God?

You are loved, friend. God gave His Son for you.

Revel in His love. There’s nothing better in all the universe.

Joe McKeever has been a disciple of Jesus Christ more than 65 years, been preaching the gospel more than 55 years, and has been writing and cartooning for Christian publications more than 45 years. He blogs at www.joemckeever.com.

This content first appeared on Crosswalk.com and is used here with permission. To view the original visit: https://www.crosswalk.com/blogs/joe-mckeever/have-you-considered-how-special-you-are-to-god.html

Recognize Your Vulnerability - In Touch - May 23/24