Sarah is my favorite woman in the Bible. Flawed but faithful, she inspires me to finish my race well. Although I stumble and struggle along the way, I know I will enter heaven and hear Jesus say, “Well done, good and faithful servant!”

If Sarah can be included in the Hall of Faithful Heroes, you and I can, too. In Sarah’s story, I see a divine resemblance to my own. Maybe you do, too.

Sarai Journeyed Bravely into the Unknown

Sarai (whose name meant Princess, and was later changed by God to ‘Sarah’ which meant ‘mother of nations’) was the daughter of a wealthy Chaldean tribesman named Terah. She married Abram, her half-brother. This gorgeous Bedouin debutante had no idea she was in for such a wild ride when she married this man!

Sarai left her family, her wealth and position to follow her crazy husband to “a land God would show him.” (1,426 miles)

She willingly obeyed. She was spunky.

I don’t know how I’d respond if my hubby packed a U-Haul, declared he was uprooting me to go to a strange land he knew nothing about… to do God knows what…Oh, wait, he did! It was the best decision of our lives.

My husband, Roger, answered God’s call to preach in an unchurched desert town 1,000 miles away from our friends and family. But Sarai was even more brave. She didn’t even know where the U-Camel was going!

Sarai’s Test of Trust and Submission

The journey to this new home was difficult for Sarai. Searing heat and famine almost destroyed their brood. Abram and his entourage took a detour to pagan Egypt. It was a risky move for any nomad (Genesis 12:10).

Sarai’s next test was to lie for Abram to Pharaoh. She was gorgeous. Abram willingly offered Sarai to the powerful Egyptian ruler because he knew Sarai was beautiful and he feared Pharaoh would want her as his wife. Sarai obeyed Abram, though she shook in her sandals and hid in Pharaoh’s harem.

She trusted God even when her husband didn’t protect her.

By the way, her spouse gave Sarai to King Abimelech later for the same reason (Genesis 20)! Maybe she had plastic surgery? At any rate, she was older and still considered quite gorgeous.

Some theologians say the Egyptian harem is where Sarai first encountered God for herself. God sent a plague on Pharaoh’s house and Sarai was returned to her husband with riches and livestock in tow.

Roger never shipped me off to a stranger. He was brave in the face of deacons and demons. But I was not so courageous. If you don’t know this, pastor’s wives are at the mercy of their husbands. Every word from the pulpit carries weight. Every decision could change the future. And every church member had an opinion about what our family did or didn’t do!

Sarai trusted God in a tough situation. I applaud her. And so did Peter:

…for this is the way the holy women of the past who put their hope in God used to adorn themselves. They submitted themselves to their own husbands, like Sarah, who obeyed Abraham and called him her lord. You are her daughters if you do what is right and do not give way to fear. – 1 Peter 3:5-6 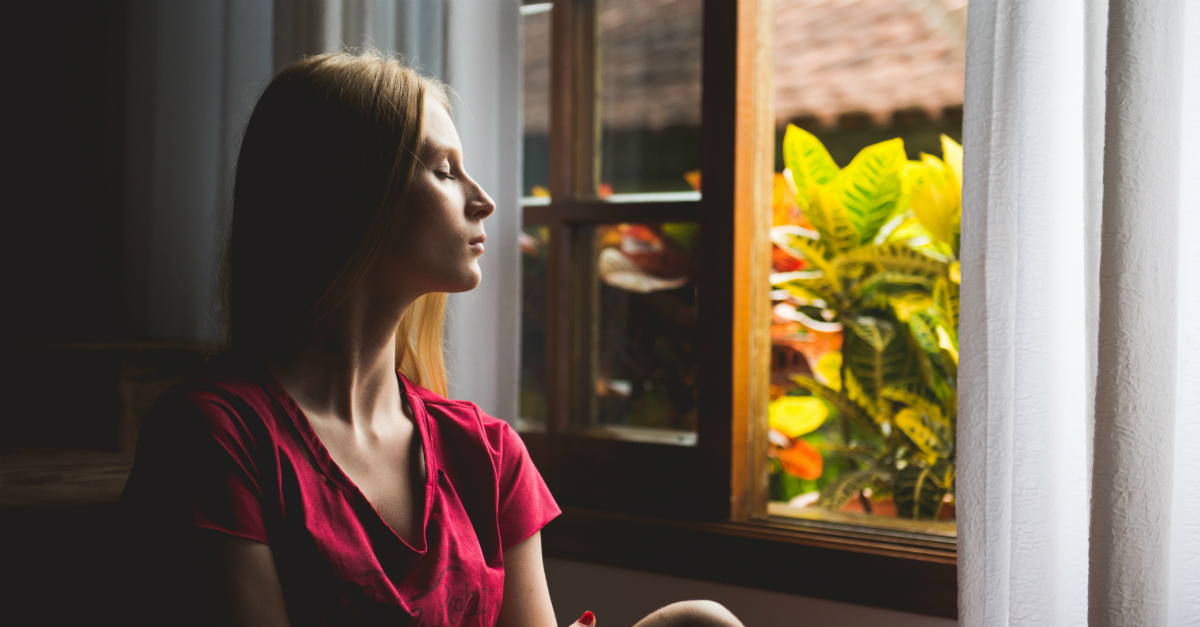 Sarai, like all of us, often faltered in her faith. God promised to make Abram the “father of many nations” (Gen. 17:4) but she was barren. So, like most conniving (or desperate) women, Sarai went into “fix-it” mode and gave Abram her maidservant Hagar to produce a son.

It was a lousy practice, but it was customary in her society. Sarai grew impatient and ran ahead of God.

“What a horrible disappointment! What a terrible moment to arrive at! All these years, the echo of His magnificent promises kept Sarai through the hunger, the endless wandering, the Egyptian humiliation, and those sharp pangs of loneliness that would seize her whole being whenever she thought of what she had left behind to follow her husband. Sarah was able to go through all of that because she firmly believed that someday she would give birth to a son, and then finally, everything that God promised would start to be fulfilled. After all, God promised her husband:

Didn’t that mean that she, Sarah, would give birth to a son who would become a father of this multitude of descendants?

Abram’s wife waited for an unfulfilled promise for decades. Had God forgotten her? She went through the mood swings and hot flashes of menopause with nary a sign of morning sickness. Abram, her husband had heard God speak, but Sarai had to trust her husband’s divine revelations.

Roger and I waited a long time for God to fulfill His promise to us. Our church site was too small. We were holding five services and further growth was impossible. Roger had God’s vision to relocate from our current site to a 100-acre parcel of land five miles north of our current church site. The move and the buildings would cost millions and supposedly take two years to complete.

Cost overruns plagued the project. Instead of taking two years to finish the project, it took twelve. Three ulcers and two heart attacks later, my husband entered the doors of the sanctuary to preach for the first time. We were not spiritual giants like Abraham and Sarah, but we camped in the scorching desert for more than a decade, and the wait was agonizing.

I’m still impatient. When God doesn’t work as quickly as I expect, I run ahead of Him. Instead of letting my kids grow up and make their own choices, I continually rush to advise them or bail them out. I don’t relinquish control and allow them to be adults.

Sarai suffered, waiting and waiting for this “child of promise.” I try to wiggle out of the trials and suffering God uses to mature my faith. Pastor Craig Groeschel calls such actions “Christian atheism,” because Christians often live their lives as if God doesn’t exist. God is not small, simple or shortsighted. He is eternal, all-powerful, and omniscient. And we are not.

My husband Roger often describes the hard journey of spiritual growth in this way: “It takes a hundred years to grow a mighty oak. He can turn out a squash in six weeks. Which do you want to be?”

Sarah eventually grew to be a mighty oak.

Can you imagine going through the mood swings and hot flashes of menopause, knowing God had promised her a baby? How frustrated Sarai must have been! But God didn’t reject her for her wavering faith. She still is mentioned in Hebrews 11, the Hall of Faithful Ones.

Hagar, Sarai’s maidservant, flaunted her rotund baby belly and belittled her mistress. Sarai, filled with jealousy and rage, cruelly threw her out of the family tent, much to Abram’s dismay. She didn’t trust God to give her a son. (Genesis 16)

Sarai’s impatience caused tension between her son and Hagar’s son Ishmael for 4,000 years. What a cat fight those two women must have had!

I don’t tend to anger easily. I just stuff my feelings and let them emerge as “thinly disguised contempt.” Sarcasm and acerbic humor take the place of confrontation. But the results are still the same.

Someone always gets hurt, and my sin distances us from God and others. 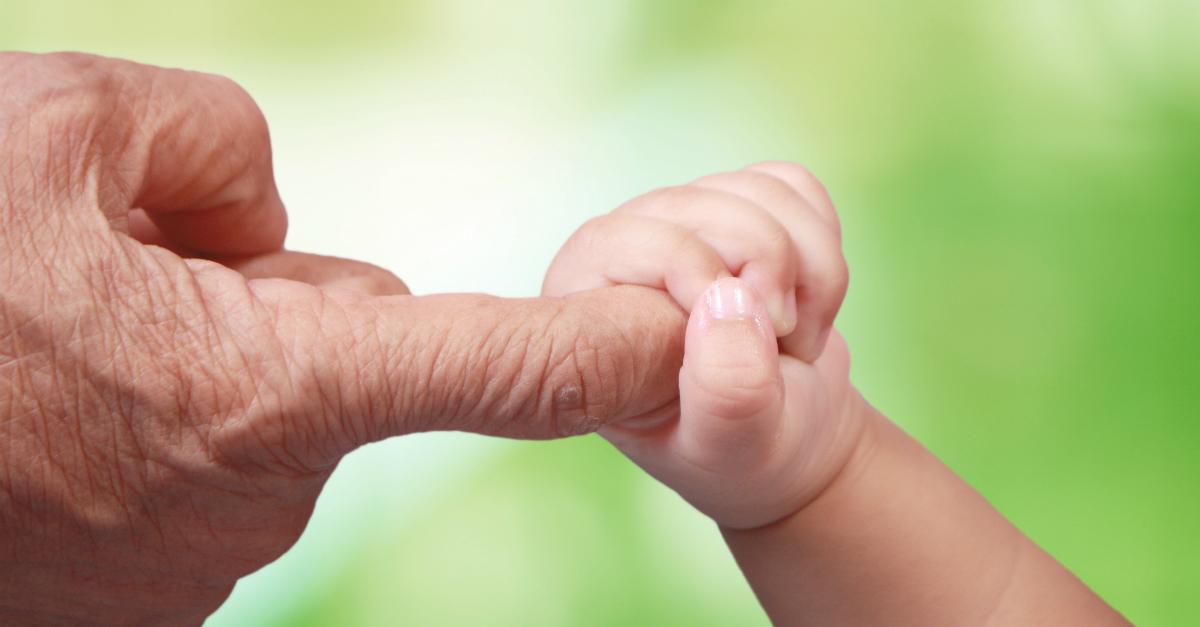 However, this is not the end of Sarai’s story. God did give Abram and Sarai a baby. In our world, that would be two wrinkled senior citizens becoming new parents just as they qualified for Medicare.

Isaac, their son, means “Laughter.” And God really does have a sense of humor. And He keeps His promises! Though she may have previously laughed in disbelief and secrecy, now Sarah laughed with joy and wanted her situation to be known: God had been faithful to His promise and blessed her. (Genesis 21:6-7)

I never thought I’d have another baby. My first little girl died a long, agonizing death. The docs told me it would be risky to try to have another child. But God miraculously gave our family two daughters, Brianna (Gift of God) and Bronwyn (Pure Heart).

We even had holy puppies! Goody (Goodness) and Surely (Surely goodness and mercy shall follow me all the days of my life). We never got around to adopting Mercy, but I foresee a “Mercy” mutt in our future.

One test still remained for the couple. God tested Abraham’s faith by asking him to sacrifice his promised son, Isaac.

Abraham was willing to give up his son, trusting that God would somehow still remain true to His promise (Genesis 22; Hebrews 11:17–19). The Bible never says that Sarah was aware of Abraham’s command to sacrifice her son.

But Abraham’s moments on Mount Moriah foreshadowed God’s sacrifice of His only Son, Jesus.

Paul writes that Abraham and Sarah began a lineage that continued through all who believe in Jesus, the Messiah:

The Jews, the people of Israel-theirs is the adoption to sonship; theirs the divine glory, the covenants, the receiving of the law, the temple worship and the promises. Theirs are the patriarchs, and from them is traced the human ancestry of the Messiah, who is God over all, forever praised! However, it is the children of the promise who are regarded as Abraham’s offspring. For this was how the promise was stated: “At the appointed time I will return, and Sarah will have a son. – Romans 9:4-9

As Christians, Jesus has given you and I new names, too. I, Julie Gail (Windy July), and you, became “Beloved Child of the King.” We can’t even imagine what God will do through us if we trust His promises and wait for Him to work!

And by faith even Sarah, who was past childbearing age, was enabled to bear children because she considered him faithful who had made the promise. – Hebrews 11:11

The key to Sarah’s success was that she considered God faithful, even when she was not. You and I can hope in a faithful God in our frailty. What a promise!

Dr. Julie Barrier, along with her pastor-husband, Dr. Roger Barrier, have taught conferences on marriage and ministry in 35 countries. The Barriers are founders and directors of Preach It, Teach It providing free resources in 10 languages to 5 million visitors in 229 countries and territories. The Barriers pastored 35 years at Casas Church in Arizona, Julie has served as a worship minister, concert artist and adjunct professor at Golden Gate Baptist Theological Seminary. She has authored or composed of over 500 published works.

This content first appeared on Crosswalk.com and is used here with permission. To view the original visit: https://www.crosswalk.com/faith/bible-study/why-is-sarah-in-the-bible-so-inspiring.html