It’s likely none of us will walk through life without bearing the wounds of another’s actions. We’ve all been wounded in some way. Some of those who inflict hurt on us are easier to forgive than others. We’re commanded to forgive in the Bible: "be kind and compassionate to one another, forgiving one another, just as God also forgave you in Christ” (Ephesians 4:32, CSB).

So what about when the wound is deep, no retribution is made, the behavior continues, and the wound gets deeper instead of progressing towards healing? It’s as if the wound is trying to heal, but the bandage keeps getting ripped back off when the one who inflicted the wound continues the behavior.

Forgiveness is necessary for your own healing, but it does not mean you have to remain with an abuser. If you are in a toxic or abusive relationship, it’s always wise to seek professional help on how to leave your situation. But sometimes forgiveness is possible in the midst of the struggle, and can be a catalyst for renewal.

David and Saul Illustrate the Opportunity to Forgive

In the Bible, David, before taking on the role of the King of Israel, was wounded repeatedly by the outgoing king.

King Saul had been chosen by the people, but through his disobedience, God rejects Saul as king of Israel. The prophet Samuel was sent by God to anoint David, the youngest son of Jesse. David was a shepherd whose heart was pure and turned toward God. He served the king by playing music for Saul who was tormented by an evil spirit. David’s music calmed him, and he found relief from the spirit.

Saul immediately loved David (1 Samuel 16:21). He was also given a position as armor bearer, a prestigious honor for a shepherd boy.  David would carry Saul’s armor and sword into battle. An armor bearer was expected to protect the king but also expected to end the king’s life if he might become prisoner of the enemy. David was called to lay down his life for the king.

It wasn’t long before Saul’s jealousy of David took over. It was evident that the Lord was with David and not with Saul.  After marrying Saul’s daughter (as given by Saul), taking David’s life became Saul’s goal.

David had to flee after escaping the point of Saul’s spear. He was forced to leave his wife and family as well as his best friend, Saul’s son, Jonathan. He spent the next four years, running all over the desert, into caves, and through the wilderness to save his own life.

David was not physically wounded by Saul, but the Psalms give us a picture of how David dealt with the pain of losing everything and being constantly pursued by someone he served and trusted. Sometimes our deepest wounds are from someone we have trusted and served in friendship or as family.

Although David never speaks about forgiveness in the Psalms, his words and life indicate the constant healing he experienced. Each pursuit of Saul should have ripped the bandage off David’s wounds, but they remained intact. 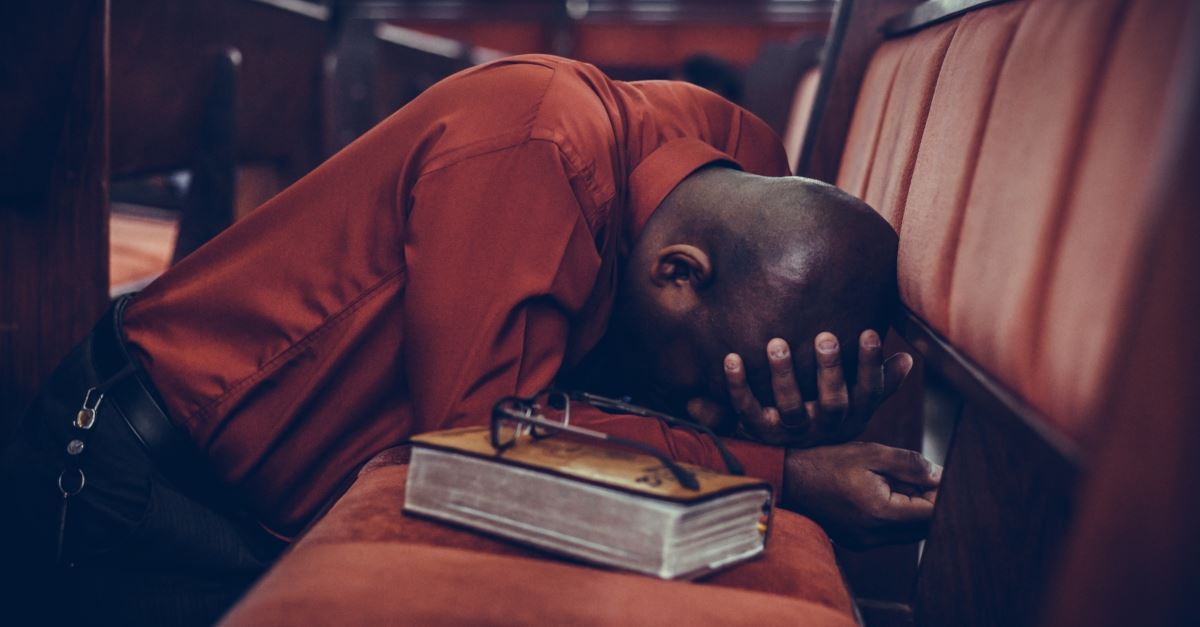 3 Lessons from David on How to Heal and Forgive

How did David heal despite the constant threat of Saul? In Psalms (scripture written by David), he didn’t focus on his wounds or his enemies, but on God.

Look at three ways David was able to forgive and remain on a path of healing:

1. When wounded, David prayed for deliverance and protection from those inflicting his wounds.

“Rescue me from my enemies, my God; protect me from those who rise up against me.” – Psalm 59:1 CSB

Throughout Psalm 59, David acknowledges God’s strength and his faith that God will go in front of him to protect him from the attack, lies, and wickedness of his enemies. Faith that God will protect us helps our wounds begin to heal, knowing that no matter what, God is our protector.

With adequate protection, wounds can be healed.

“God, You are my God; I eagerly seek You; I thirst for You; my body faints for You in a land that is dry, desolate, and without water.” – Psalm 63:1 CSB

3. David asked for Saul’s life to be spared.

David asks that Saul and his attackers be brought to face their evil and sin, but not to the point of death.

Many times, when our wounds are gaping open, we want our attacker to feel the pain we feel or worse.

David prayed throughout the psalms that God would cause them to face their sin. Twice David was given the opportunity to end Saul’s life, but David knew it would not bring an end to his pain (1 Samuel 24 and 26).

Killing an anointed king of Israel would not help his own wounds to heal. David chose to praise God and proclaim His goodness, again taking the focus off his wounds and placing it on God.

While Saul and David never reconciled, we do see that David forgave Saul in the end. Again, he never verbalizes the forgiveness, but in his actions, we see that healing had taken place.

At the end of First Samuel, Saul and Jonathan are killed in battle. When David hears of their deaths, “Then David took hold of his clothes and tore them, and all the men with him did the same. They mourned, wept, and fasted until the evening for those who died” (2 Samuel 1:11-12 CSB).

Tearing of clothes is an outward expression of grief and an inward sign of deep sorrow. Later, David sang a lament about Saul and Jonathan, speaking about how loved and admired they were. David’s constant focus on God, while he endured four years of pursuit on his life, shows his wounds were healing. He was able to grieve the death of the one who inflicted him with deep wounds.

We can fully grieve the life of the one who hurt us when our focus is not on our pain, but on the one who delivered us from it.

As was true in David’s life, and in any of ours, forgiveness and healing can only take place when we focus on God as our deliverer, pursue Him with our lives, and pray for the one who has hurt us.

Complete healing will take time, but as we focus on God as our protector, the pain will lessen as the days go by.

Leah Lively is a wife and mother of four living in central Virginia. Through writing and speaking opportunities, she is passionate about encouraging others in learning more about the Bible and maturing in their faith. Leah writes on her blog at leahlivelyblog.com and is the author of the Bible study, 30 Days with John: A Journey with Jesus’ Most Beloved Disciple.

This content first appeared on Crosswalk.com and is used here with permission. To view the original visit: https://www.crosswalk.com/faith/spiritual-life/how-forgive-when-the-wound-isnt-healed.html