Rather than viewing marriage as a gift from God, it’s getting a bad rap in our culture. People talk about it like it’s the worst possible decision a couple could make. When I told my boss I had gotten engaged, I was 20 years old at the time. Instead of congratulating me, she expressed grave concern for my future and started crying—crying. Even the pastor who married us threw up his hands and said, “Good luck.”

Sure, early marriage is hard. Couples often start off poor, having to piece together jobs to make ends meet, many times around college schedules. Communication skills may not be up to par, making conflict resolution hit or miss. And couples must withstand the criticism of others, Christians included, who mock their decision to marry young: they’re crazy; it’s a jail sentence; it’ll never last!

But if two people are committed to loving Jesus and loving each other, what’s there to frown upon? Let’s find something to celebrate as we consider 10 reasons getting married young isn’t the worst idea. 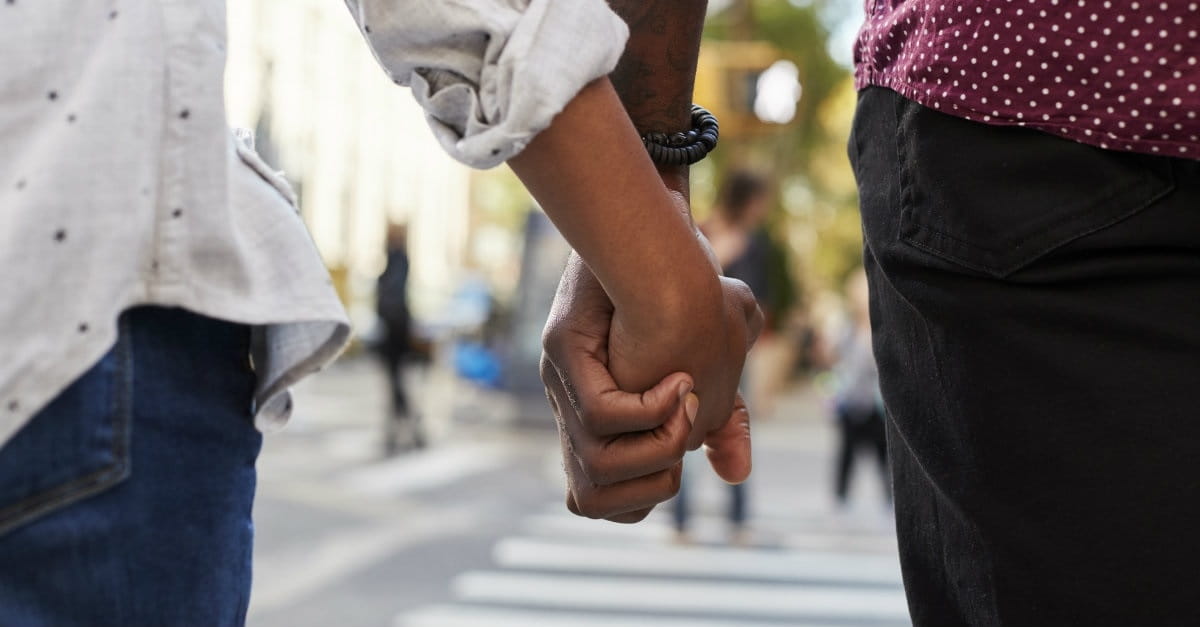 Carrying the weight of relational baggage is zero fun. Good thing there are ways to limit the amount we lug around. One way is to marry young, before a series of painful romantic flops have a chance to pile up.

But what about keeping options open? Why not play the field a little and see what’s out there? No matter how well-intentioned we are, dating a slew of people over a long period of time creates more opportunities for romance to go wrong, for unattached, unmarried sex to happen, and for unhealthy bonds to form—bonds that often leave a residue, long past the break up.

And it’s not just our baggage we have to manage; it’s the baggage that affects our spouse. The good news is, even if we get married young and still have baggage that began accumulating as early as junior high, God won’t waste it, for “we know that suffering produces perseverance; perseverance, character; and character, hope” (Romans 5:3-4). 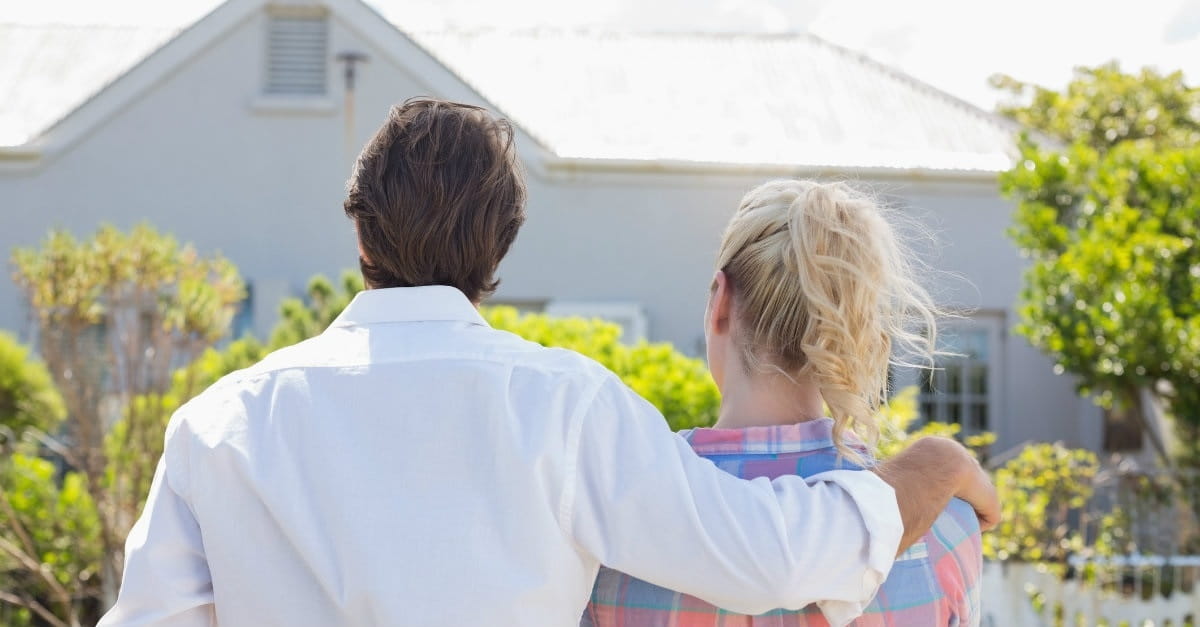 2. Getting married young leads to more firsts together.

Before I met my husband of 23 years, I had yet to hop on a plane, snorkel, eat sushi, pay a mortgage, appreciate old cars, and bake the perfect crumb cake. Going on first-time adventures and trying new things together has only strengthened our relationship.

Some might say, “You poor thing... not exploring your world before getting married.” Maybe they’re right. Instead of planning a budget honeymoon at the age of 21, perhaps I should have lived overseas, participated in marches across Washington, or hand-fed sharks. Rather I was busy creating other firsts with my man; something we continue doing to this day, which brings me to my next point... 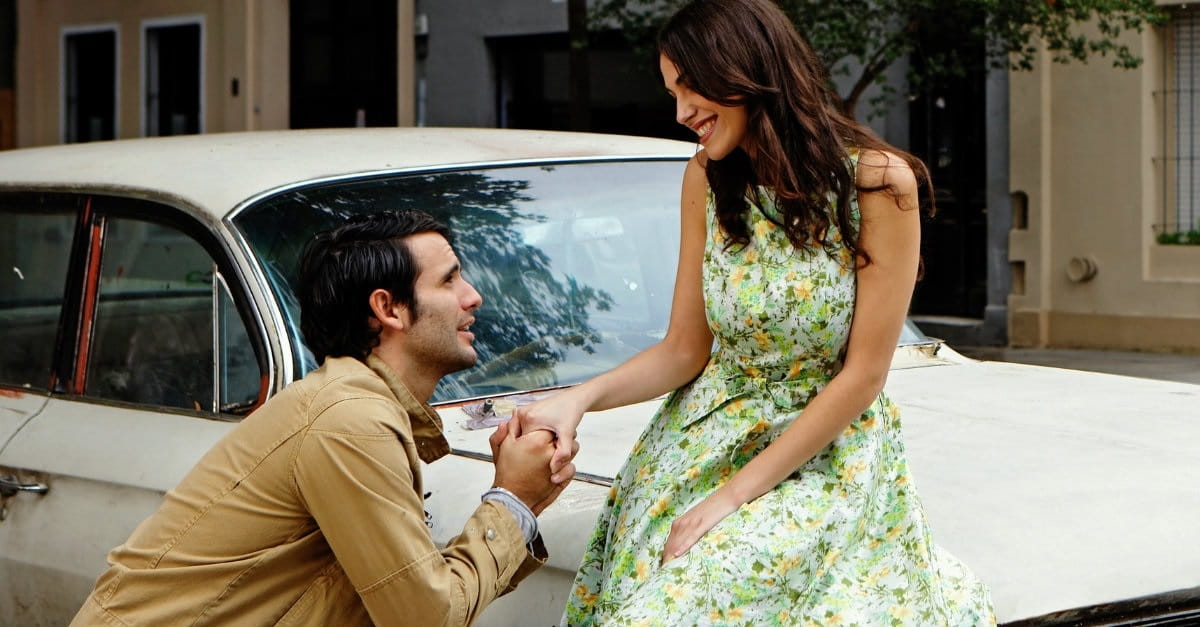 3. Getting married young creates a shared story from the beginning.

When a person marries young, his or her spouse becomes part of the whole story. A lifetime of shared memories begins right off the bat. This holds especially true when a couple moves out of their parents’ home and straight into their own home. Sure it’s common for college to interrupt this transition, but there’s something sweet about a couple who desires to marry ASAP.

Against the advice of others, my husband and I chose to marry before graduating from college, before landing that career, and before buying our first car, house, crib, and washer/dryer set. All memories we share together; memory “firsts” we have with no one else! Add after three kids, a move across the country, and a whole lot of good decisions and bad ones, our shared story is still far from over. 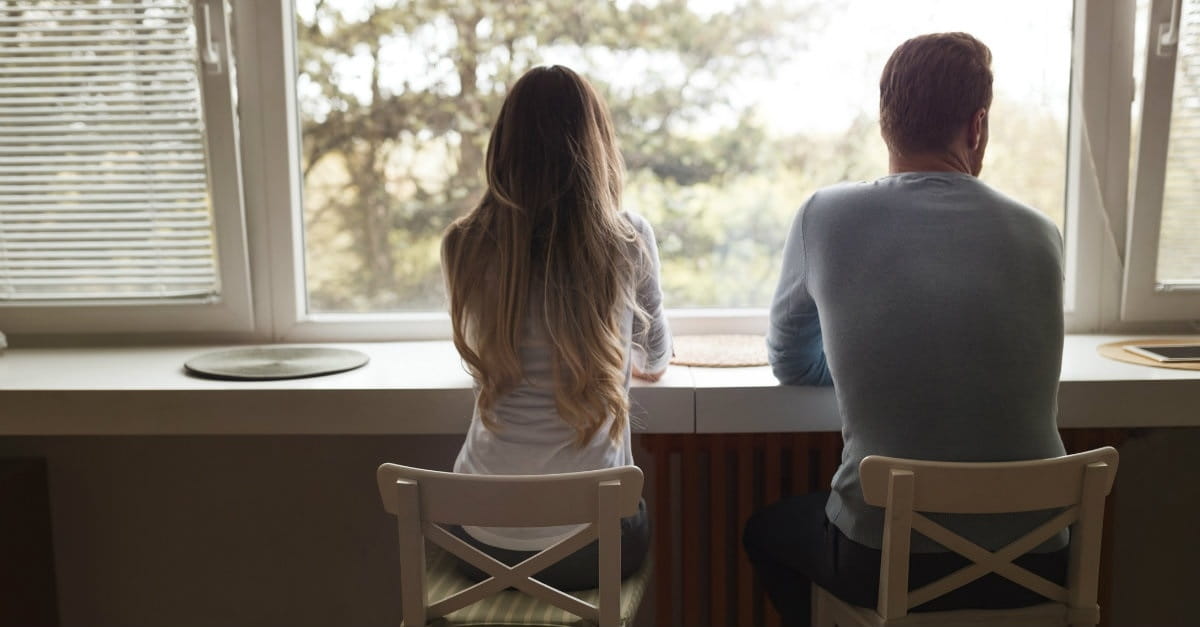 4. Getting married young prevents people from getting set in their self-centered ways.

When a single guy or gal is used to doing things their own way 100 percent of the time, marriage can be a rude awakening. Everything from differing phone habits to laundry routines, political views to church preferences, has a tendency to cause tension. And the longer people wait to get hitched, the more opinionated they become regarding toilet seats, throw pillow numbers, and squeegeeing the shower door. So, as a general rule (definitely not a hard and fast rule), younger couples are more flexible and more adaptable to change.

One of the great things about a marriage is that it holds two perspectives at all times. Sometimes those perspectives bring harmony; sometimes they don’t. Once a couple understands that it’s impossible for one person to see all sides of a situation, they’re more willing to hear each other out. After all, “Fools think their own way is right, but the wise listen to advice” (Proverbs 12:15). 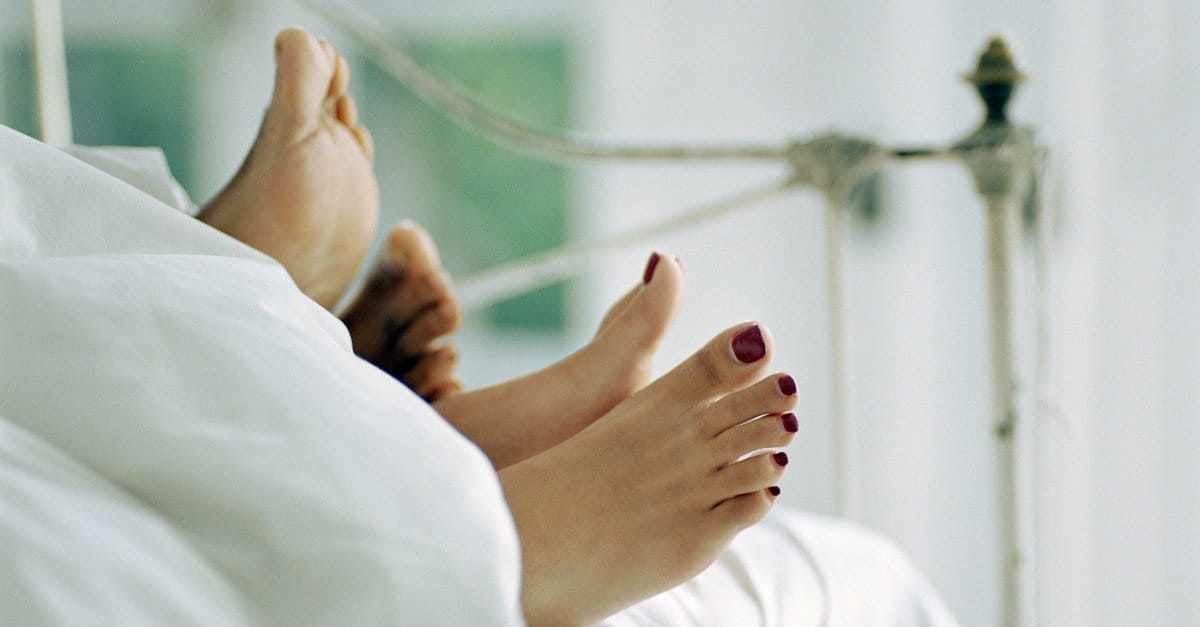 5. Getting married young allows for worry-free and guiltless sex to start sooner.

If we were to strike up conversations about premarital sex, we’d find that most people value committed, love-based sex over casual, promiscuous sex. It’s as if we categorize the two, making one more acceptable—more less of a sin—than the other, taking lightly Scripture’s stance on the issue, that “it is better to marry than to burn with passion” (1 Corinthians 7:9).

And if I’m honest about my own thoughts on sex before marriage, I often catch myself thinking, Well, at least they love each other. If your thinking strays like mine, we can be glad we’re not in charge... that God’s thoughts are not our thoughts, that His ways are higher than our ways (Isaiah 55:8-9), and that His will for our lives is “good and pleasing and perfect” (Romans 12:2). 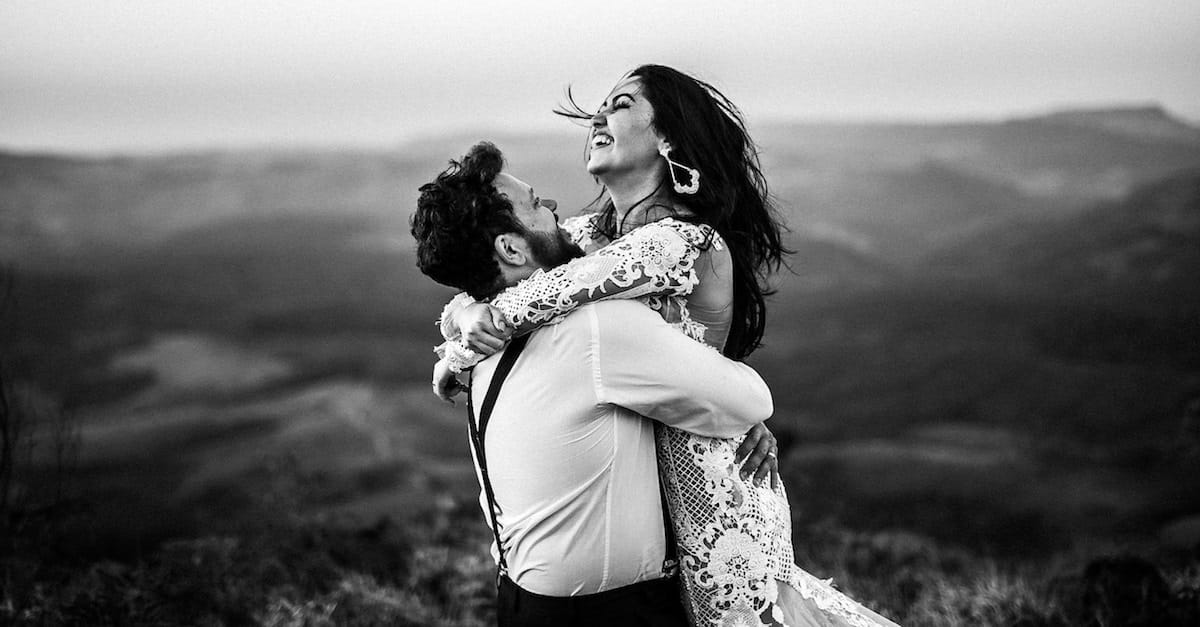 6. Getting married young, while we're beautiful, is always a perk.

Before we toss this point aside, deeming it too shallow and of little importance, let’s remember one thing: the Bible certainly doesn’t shy away from pointing out the attractive ones. Sarah, Tamar, Rachel, and Esther were all beautiful; Joseph, David, Saul, and Absalom were all handsome.

Since God is purposeful in everything He does, I don’t see why there wouldn’t be a purpose behind making young people attractive. 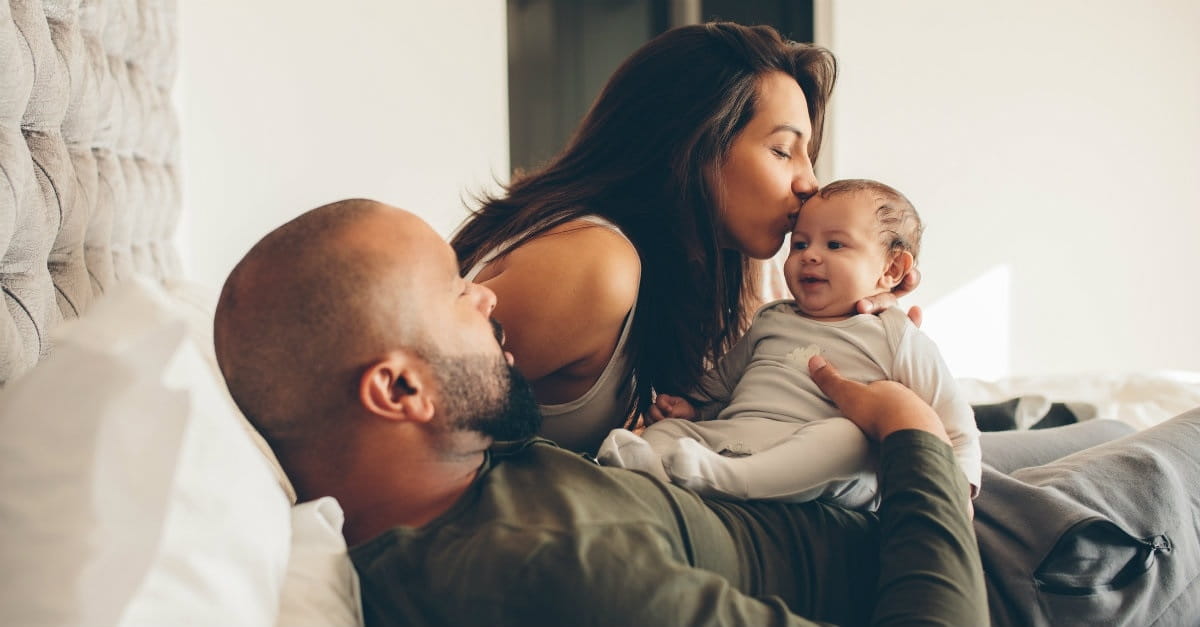 7. Getting married young increases the likelihood of children coming earlier, which means they'll grow and be out of the house earlier.

One of the advantages to jumping on the family bandwagon before the age of 30 is more energy: more energy to chase after 2-year-olds, tackle potty training, and help with science projects. And the earlier we start having kids, the earlier they’ll fly the coop, which equals to many kid-free years of traveling, remodeling kitchens, and embracing ministry like never before.

Billy Graham once said, “Growing old has been the greatest surprise of my life.” I wonder what made him come to that realization; was it when his kids moved out? Whatever the reason, I’m sure we’ll say the same (if we haven’t already), for Scripture tells us that God doles out wisdom and understanding (Job 12:12) and promises to sustain and carry us as we grow old (Isaiah 46:4). 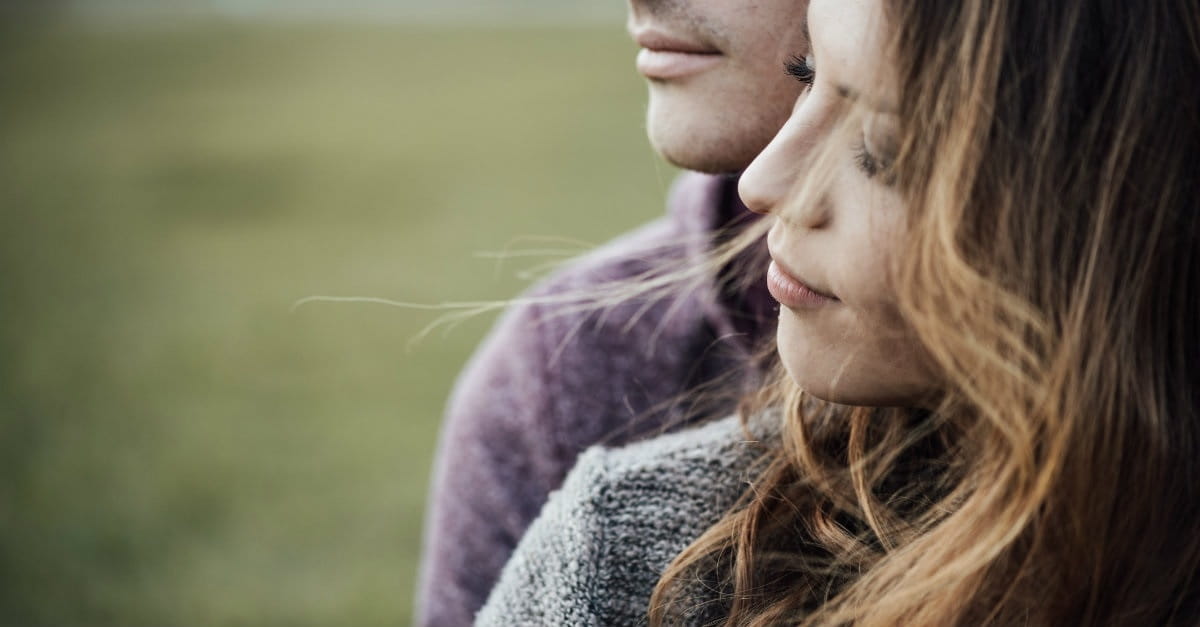 8. Getting married young helps a couple come to the revelation of God's complete character sooner in life.

What would we know of light without dark, justice without mercy, almond pastries without coffee? So it is with masculinity and femininity; they are best understood in relation to each other. And since God is the embodiment of both, making humans in His likeness—"male and female he created them” (Genesis 5:2)—marriage is an awesome illustration of God in all His fullness.

The idea that masculinity gives meaning to femininity, and vice versa, plays out everyday in my marriage. I see God’s strength, provision, determination, patience, grit, and loyalty in my husband. My husband sees God’s comforting, nurturing, counseling, giving, and resourceful attributes represented in me—not to mention high pain tolerance (thanks to our 10 lb. 4 oz. son). But how lovely it is when God sees fit to round out my husband’s manly ways. Sure he can be a little rough around the edges, but no man on earth enjoys a Jane Austen movie more than him. 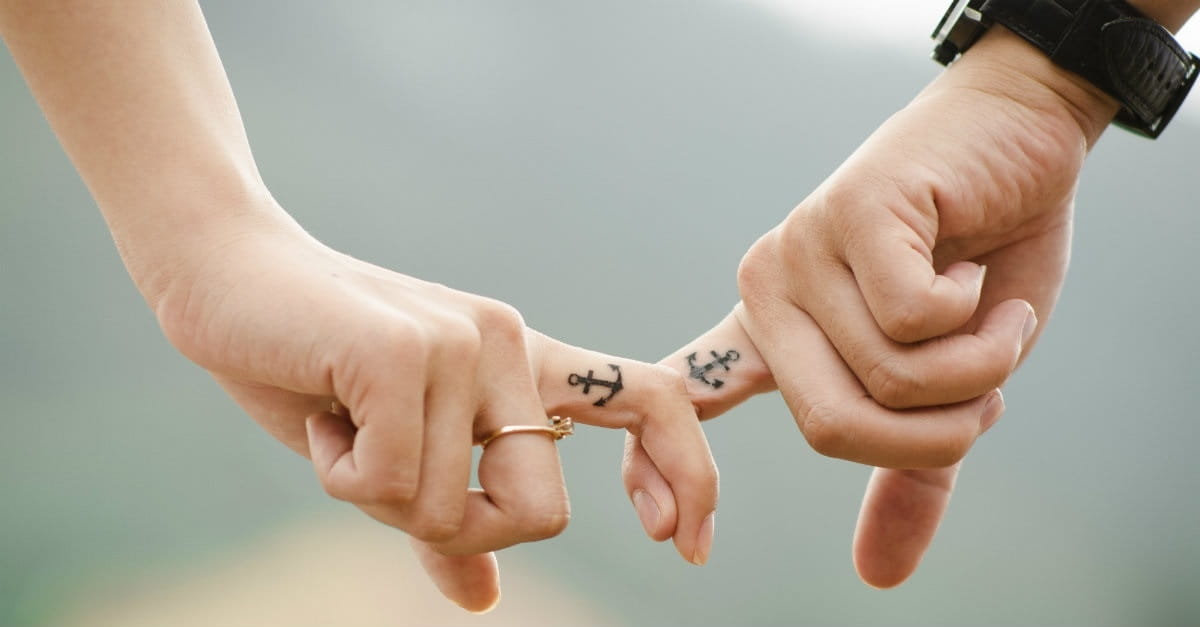 9. Getting married young ensures that two people won't have to walk alone when the going gets tough.

Life is hard, and taking on adult responsibilities can be overwhelming. How nice to have someone to walk through every obstacle with. We have to go through it all anyway—whether single or married—why not with the one we’ve committed ourselves to for life?

Ecclesiastes 4:9-10 says, “Two are better than one, because they have a good return for their labor. For if one falls down, his companion can lift him up; but pity the one who falls without another to help him up!” 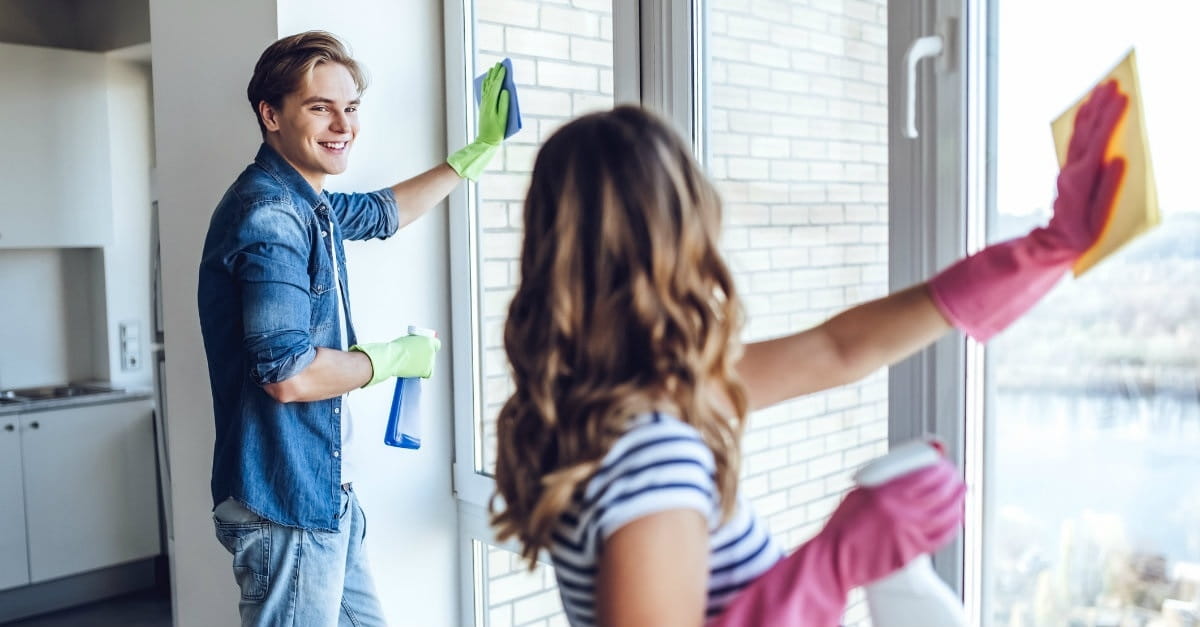 10. Getting married young encourages individuals to grow up.

If there’s one thing an early marriage helps speed along, it’s learning to “adult.” And it can actually be kind of fun. Establishing budgets, paying bills, grocery shopping, folding laundry, and planning meals—when done together—gives a couple that feel-good, “we’ve got this, babe!” sense of accomplishment.

In a culture where, more than ever before, parents struggle at finding ways to push their kids out of the nest, the desire to marry often does the trick! Bringing two people together to fall in love and tie the knot is one of the more gentler approaches God uses to mature His kids.

Molly Parker cherishes her role as contributor and editor for Anchored Press Devotional Planners and for Sacred Holidays Bible studies. When Molly's not French-braiding hair or scolding her basset hound, she's eating cake, baking a cake, or thinking about cake, which is surprising considering she's worked in the fitness industry 25 years. Molly lives in Southern California with her husband and three children.

This content first appeared on Crosswalk.com and is used here with permission. To view the original visit: https://www.crosswalk.com/slideshows/10-reasons-getting-married-young-isn-t-the-worst-idea.html

Anything and Everything - Crosswalk the Devotional - January 21

These are tears of being overwhelmed by the enormity of the Giver and the immensity of a gift to a person consumed with self-interest who has forgotten innocence.